The Frontline Film Foundation is committed to making environmentally aware and consciousness-raising films.

The foundation was established by Australian Filmmaker David Bradbury who has twice been nominated for an Academy Award. The integrity and uncompromising truth-telling of Bradbury’s films have won him critical acclaim and worldwide audiences.

The Frontline Film Foundation is an independent organisation. We rely totally on donations to help independent filmmakers produce high quality films that speak to the times we live in. Without financial supporters this would not be possible.

Your donation can help to shine a penetrating light on issues of concern within Australia and around the globe.

Australia has a proud tradition of producing some of the finest documentaries in the world. A regular donation better supports the making of a film that may take up to two years if not more to complete.

The Foundation is a registered charity and has tax deductible status. 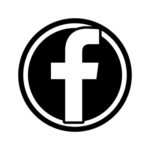